Kyler Murray likely couldn't have asked for a better homecoming to AT&T Stadium on Monday.

The second-year Cardinals quarterback — who now has a 7-0 record in Jerry World dating to high school — completed just 9 of 24 passes for 188 yards and two scores to receiver Christian Kirk. That alone would have been enough to beat an anemic Cowboys team on "Monday Night Football," but the Cardinals (4-2) poured it on for a resounding 38-10 win over Dallas (2-4).

But the biggest story of the night might have been Arizona's defense: It forced four turnovers (two fumbles, two interceptions) and a missed field goal try, and it constantly kept quarterback Andy Dalton uncomfortable. The aggressive unit never allowed him enough time to target his receivers, and a two-turnover game from running Ezekiel Elliott only exacerbated the issue. Safety Budda Baker had a spectacular individual performance: He flew around the field all night, tallying seven tackles, a sack, a forced fumble and an interception.

In all, Dalton finished 34 of 54 through the air for 266 yards, one touchdown to Amari Cooper (seven receptions, 79 yards) and two interceptions. Elliott finished with 12 carries for 49 yards.

11:22 p.m.: END OF GAME. Cowboys get a few useless plays on the next play, but that's it. Cards come into AT&T Stadium and smoke the Cowboys.

Kenyan Drake to the HOUSE. @KDx32

11:17 p.m.: There's the two-minute warning. Cardinals have it third-and-4 and should end it here.

11:09 p.m.: TOUCHDOWN COWBOYS. Dalton connects with Cooper for a 1-yard touchdown. That's elite route-running by him to create a ton of separation from Kevin Peterson. That said, it's still 31-10 Cardinals.

11:05 p.m.: Kevin Peterson again called for pass interference on Gallup, in pretty much the same spot. Now Dallas has it first-and-goal at the 1.

11:04 p.m.: Kevin Peterson is called for pass interference on Gallup, giving Dallas first-and-goal at the 3. With 3:40 left in the game, this is their best shot at getting a touchdown.

11 p.m.: Dalton connects with Cooper for 14 yards on fourth-and-9. Murphy was called for pass interference on Cooper, but he still made the catch.

10:50 p.m.: FIELD GOAL CARDINALS. Murray misses Fitzgerald as he heads toward the back pylon, but no matter. Zane Gonzalez hits the 26-yard field goal to make it 31-3 Cardinals with 8:58 remaining.

10:48 p.m.: Nevermind — Murray finds Hopkins on the crossing route and he takes it 60 yards to the Dallas 11. As absurd as it sounds, that is Murray's first completion this half.

10:47 p.m.: Looks like the Cardinals are going to try and grind this out with roughly 10 minutes of game time remaining.

10:41 p.m.: INTERCEPTION CARDINALS. Baker — who else? — intercepts Dalton's pass at the Arizona 10; he undercut his attempt to Cooper on the inside slant (which had worked for a few chunk plays earlier in the game). Review shows Cooper touched Baker down before he could return it.

.@BuddaBaker32 lays out for the interception! #RedSea

10:39 p.m.: Dalton finds Noah Brown for a 14-yard fourth-down conversion. Nothing to lose at this point. Cowboys are driving at the Arizona 27.

10:38 p.m.: Reddick follows up Baker's blitz with a sack of 7 yards. Cowboys will face third-and-17 at the Arizona 47 to start the fourth quarter.

10:36 p.m.: Baker with another blitz off the edge; he's credited with a quarterback hit on Dalton and forces a bad throw.

10:34 p.m.: A nice broken tackle by Lamb nets the Cowboys 27 yards; they're driving at the Cardinals 40 with less than a minute to play.

10:19 p.m.: Wilson is down on the field after getting hit pretty hard over the top by safety Deionte Thompson. Murphy, meanwhile, had the perfect coverage on the Cowboys receiver.

10:17 p.m.: Dalton goes back to Cooper on consecutive passes for 13 and 8 yards, respectively.

10:12 p.m.: TOUCHDOWN CARDINALS. Murray fakes to Drake and rolls out left for the easy touchdown. It's 28-3 Cardinals with 7:53 remaining in the third — pretty much over.

10:11 p.m.: Jourdan Lewis is called for pass interference on tight end Dan Arnold in the end zone. Cardinals have it first-and-goal from the 1.

10:09 p.m.: Murray fakes a handoff — then an end-around toss — to misdirect the Dallas defense; he takes it 10 yards to the right for a first down. Arizona has a fresh set of downs at the Cowboys 12 and could end it with a score here.

Kyler tossed it to himself then crossed over a defender. Dude is unreal 😳 @K1 @AZCardinals

10:05 p.m.: Regardless, Cardinals waste no time on the ensuing drive with two Drake runs of 20 and 22 yards. Arizona is already across midfield at the Dallas 37.

10:02 p.m.: INTERCEPTION CARDINALS. Dallas' third turnover — and first interception — comes at the worst time. The Cowboys had a nice drive going, but Arizona cornerback Dre Kirkpatrick pulls down the interception at his team's 21 after what looked like pass interference on Lamb.

Dre Kirkpatrick tackles CeeDee Lamb then gets the pick

10 p.m.: Dalton finds Cooper on the slant; he takes it 26 yards across midfield to the Arizona 46.

Amari getting loose over the middle 👀 @AmariCooper9 @dallascowboys

9:43 p.m.: FIELD GOAL COWBOYS. Dallas settles for the 34-yard field goal with 10 seconds left in the half. That'll make it 21-3 heading into halftime (presumably), but the Cowboys do get the ball back after halftime.

9:42 p.m.: Yikes. Dalton has Gallup in the end zone on third-and-long but the pass bounces right off his hands.

9:41 p.m.: Haason Reddick gets a coverage sack on Dalton to make it second-and-goal from the 14. Dallas takes its second timeout with 25 seconds remaining in the half.

9:40 p.m.: Dalton finds receiver Cedrick Wilson on consecutive plays, the latter for a first down; Cowboys are driving at the 9 with 32 seconds in the half.

9:38 p.m.: Good work by Dallas to pick up the blitz on third down; Dalton has plenty of time to find Schultz for a 12-yard gain on the right sideline for a first down. The Cowboys have 1:12 left to work with in the half, driving at the Arizona 22.

9:34 p.m.: There's the two-minute warning. Dallas faces second-and-4 from Arizona's 32 — a must-score drive if Dallas wants to stay in this game.

9:33 p.m.: Another first down for Dallas, this time off a 10-yard gain off left tackle by Elliott. He has both hands on the ball as he runs out of bounds at the Arizona 37.

9:28 p.m.: TOUCHDOWN CARDINALS. Murray finally finds the deep ball on an 80-yard touchdown connection to Kirk! He just runs by cornerback Daryl Worley and runs unimpeded all the way to paydirt. It's 21-0 Cardinals with 4:43 remaining in the half.

KYLER TO KIRK FOR AN 80-YARD TOUCHDOWN! #RedSea

9:24 p.m.: Smart move by Kliff Kingsbury there: He asks to enforce a 10-yard penalty on a third-down play that couldn't convert; by doing so he took the Cowboys out of field goal range on third-and-17. Dallas can't convert again and punts for a touchback instead of attempting the field goal.

9:21 p.m.: Pollard gets another carry on third-and-3, netting 4 yards and another first down. Dallas is driving at the Cardinals' 38 and desperately needs a score here.

9:19 p.m.: Dalton follows the sack for a 17-yard completion to Gallup for a first down. Great reaction by the veteran quarterback after getting destroyed on the previous play.

9:18 p.m: On the ensuing play, Baker blindsides Dalton on the safety blitz for a 7-yard loss. He's playing out of his mind right now.

9:12 p.m.: Next up, Murray takes the keeper 16 yards for a first-and-goal look at the 1. Dallas lineman Tyrone Crawford was called for taunting after the play, giving the Cards a half-yard for a touchdown.

9:11 p.m.: Murray moves the sticks again with an 11-yard connection to Fitzgerald on third-and-11. Arizona has the ball at Dallas' 17.

9:08 p.m.: FUMBLE RECOVERY CARDINALS. Disaster for Dallas: Elliott fumbles again in as many drives after a solid hit by Phillips. Cornerback Byron Murphy Jr. jumps on the loose ball, giving Arizona the ball at the Cowboys' 27.

The ball is loose again!

Cardinals recover their second fumble of the game. #RedSea

9:07 p.m.: Martin is questionable to return as the Cowboys start their latest drive. He's being evaluated for a concussion.

9:03 p.m.: TOUCHDOWN CARDINALS. Christian Kirk gets the shuffle pass while in motion and takes it around the right side for a 6-yard score. Strong playcalling and a gutsy fourth-down decision net the Cardinals a 7-0 lead early in the second.

Kyler to Kirk for the six-yard TD! @AZCardinals strike first.

9:01 p.m.: Cardinals fail to convert on third-and-1 from the 18, but elect to go for it on fourth down. Murray fakes the handoff and end-around to the left for an 11-yard gain. Arizona has a fresh set of downs at the 7.

8:58 p.m.: Both teams combined for 119 yards and just seven first downs in the first quarter; that's just as much to do with bad offense as it is good defense.

8:55 p.m.: Murray can't find anybody downfield but scrambles for a 10-yard gain to the Dallas 44. Good job by Murray to make Dallas linebacker Jaylon Smith — who was spying him — to miss on the tackle.

Kyler doing everything he can for that first 😤 @K1 @AZCardinals

8:52 p.m.: FUMBLE RECOVERY CARDINALS. Dalton avoids the sack and flips it to Elliott for a small gain before safety Budda Baker knocks the ball loose. Jordan Phillips jumps on it at the Cardinals 46; more great field position for Arizona.

8:49 p.m.: There's the best few plays by Dallas so far: Following a holding call, Dalton finds Dalton Schultz on a tight end screen for 13 yards to make it third-and-3. Dalton hits Michael Gallup for a 6-yard gain in the flats for the team's first down of the game, followed by an 11-yard rush by Elliott for another first down. Dallas is driving at midfield.

8:47 p.m.: Uh-oh. Zack Martin's down on the turf for Dallas; he's about the only remaining starter for Dallas' O-line. He looks to have taken a knee to the side of the helmet.

8:44 p.m.: Arizona wastes the great field position and is forced to punt; Dallas will take over at its 27-yard line after CeeDee Lamb muffs the punt (then jumps on it).

8:42 p.m.: Murray finds DeAndre Hopkins on the under route for 13 yards on third-and-12; but Fitzgerald is called for pass interference, making it third-and-22 from Arizona's 36.

8:36 p.m.: Another near disaster for Dallas: Linebacker Dennis Gardeck had Dalton dead to rights in the end zone — had his legs wrapped up and everything — but somehow the Cowboys quarterback passes to Elliott for an incomplete pass. The Cowboys will punt on fourth-and-11 from their 9, and that's the best thing to come from that drive.

8:34 p.m.: Wow, Andy Dalton just gifted an interception to Jordan Hicks, who dropped it at the Dallas 25. It could not have been any easier. Then the Cowboys are called for a 5-yard penalty after having 12 men in the huddle. Terrible start to their second drive.

1) Budda Baker is a monster
2) Lol Andy Dalton
3) How did Jordan Hicks drop that?!?! pic.twitter.com/KINmVr1ijE

8:31 p.m.: A promising drive ends after Murray again misses Isabella on a deep route; appears to have been some miscommunication there. The Cardinals punt from the Dallas 40, pinning the Cowboys at their 10.

8:28 p.m.: Arizona gets a couple first downs on consecutive plays: a 6-yard reception by Larry Fitzgerald on third-and-5 and a 15-yard draw by Murray to the Dallas 40.

8:27 p.m.: Murray finds tight end Darrell Daniels in the flat for a yard and the team's first third down of the day. The drive continues at Arizona's 34.

8:21 p.m.: Dallas goes to Ezekiel Elliott three straight times (one rush and two passes) but he only nets 4 yards. The Cowboys have their own three-and-out and the Cardinals will take over at their 24 following the punt.

8:18 p.m.: Kyler Murray had Andy Isabella open between two Cowboys safety on a long ball, but couldn't connect; Arizona will punt on fourth-and-6 after a three-and-out.

8:15 p.m.: The Cowboys win the toss and defer; the Cardinals take a touchback on the kickoff and start their drive at the 25-yard line.

​Cowboys vs. Cardinals is the only "Monday Night Football" game this week, but not the only Monday football game. Because of COVID-19 postponements and schedule shuffling, Chiefs vs. Bills was played Monday afternoon on Fox. 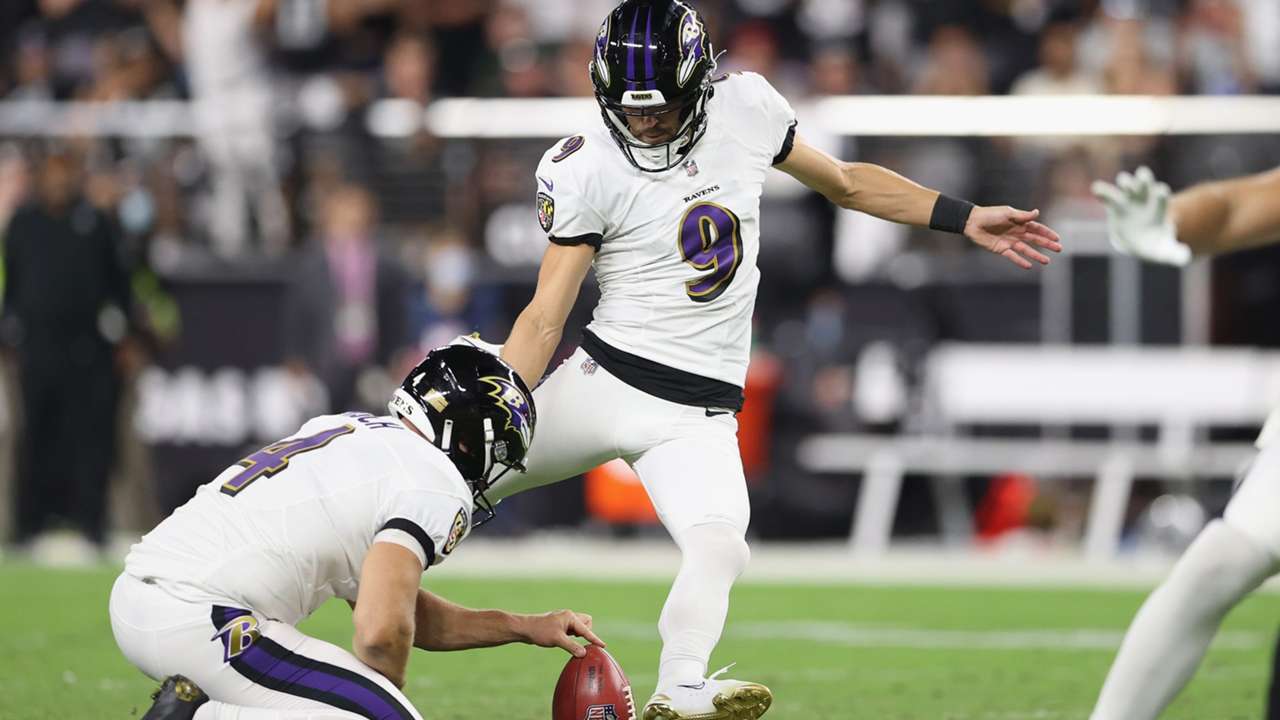