It's never too early to think about the next NFL Draft. Now that the 2020 NFL Draft is in the rearview mirror, the clock immediately starts ticking for the top prospects in 2021.

As you might expect, that near-future class, like LSU's Joe Burrow now, has a surefire No. 1 overall player at quarterback, one who also has won a college national championship. That would be Clemson's Trevor Lawrence, the no-brainer pick for the team with the qualifying worst record.

The order for this mock draft is based on current consensus odds to win Super Bowl 55. Here's how things might play out for the first round in Cleveland a year from now:

The Jaguars may be sticking with Gardner Minshew. And with more potential departures to shake up their offensive and defensive rebuild, there's a fair chance they will have the clear shot at Lawrence. Lawrence (6-6, 220 pounds) has lived up to the hype of being the best college talent at the position since John Elway with his arm, athleticism, accuracy and winning qualities. Already a top passer, he found his groove as a runner last season.

Trent Williams won't be coming back to Washington after being trade to the 49ers during the 2020 draft. Here's a rock of a replacement in the 6-6, 325-pound Sewell, who should remain in the top tier of tackles from the class.

The Bengals took Burrow instead of Ohio State edge rusher Chase Young in 2020, but next year might bring their chance to add explosiveness up front with a mind on replacing Carlos Dunlap, who will be 32 next February and is signed only through 2021. Rousseau (6-6, 260 pounds) ripped through offensive lines for 15.5 sacks last season.

The Dolphins didn't draft a wide receiver to help DeVante Parker and Preston Williams early in the 2020 draft. This makes Chase a must-have playmaker in 2021. Chase (6-1, 200 pounds) reeled off 1,780 yards and 20 TDs on only 84 catches with Burrow during the Tigers' national championship season. He would be a great pairing with Tua Tagovailoa.

The Panthers gave Teddy Bridgewater a three-year deal but they can get out of the contract rather easily after 2021 if he disappoints as their veteran replacement for Cam Newton. Should they finish worse in 2020 under Matt Rhule and Joe Brady with Bridgewater, it would imply they must upgrade in a younger direction at the positon. Fields is hard to ignore as a dynamic dual threat at 6-3, 233 pounds. He confidently put up prolific all-around numbers during his first season with Ryan Day in Columbus.

MORE: Top 10 quarterbacks to know in 2021, from Trevor Lawrence to Ian Book

The Jets didn't address corner early in the 2020 draft, reaching for a positional switch with safety Ashtyn Davis instead. Surtain, with his size (6-2, 203 pounds) and ballhawking skills, has the potential to be a true shutdown player in Gregg Williams' defense.

The Giants didn't tap heavily into cornerback in the 2020 class, having signed James Bradberry and having used a first-rounder on DeAndre Baker just last year. But Baker might not be the answer outside while Wade (6-1, 194 pounds) can follow college teammate Jeff Okudah nicely into the NFL with his active, instinctive coverage.

The Lions will have a need here as Marvin Jones is unlikely to be re-signed as a 31-year-old free agent opposite Kenny Golladay next year. Ross (6-4, 205 pounds) is a big target who was very productive for Lawrence running sound routes all over the field. He put up 66 catches for 865 yards and 8 TDs last season.

The Raiders have had disappointing tackle play from the combination of Kolton MIller and Trent Brown, and have a dead-money free out from Brown's contract after the 2020 season. Little would be a nice replacement at 6-7, 309 pounds. He could have come out in this class but will stand out more with fellow Pac-12 product Sewell next year.

The Dolphins addressed tackle in 2020 with Austin Jackson, but in some form, they need to consider upgrading the other edge next year. At 6-6, 310 pounds, Leatherwood is an elite athlete who can become a top overall blocker should he keep working on his strength and technique.

The Cardinals will look for younger pass-rush pop in their three-man front after signing Jordan Phillips in free agency this year and knowing Corey Peters will be a free agent next year. Wilson (6-5, 311 pounds) easily could have come out and gone in the first round this year coming off a highly disruptive 5-sack season for the Seminoles.

The Chargers didn't get an offensive tackle they need in the first two days of the 2020 draft, making that position a higher priority in front of Justin Herbert for 2021. Cosmi (6-7, 300 pounds) is a massive prospect for the position with nimble feet to match.

The Broncos could use an upgrade to Todd Davis inside with an active, rangy playmaker of this quality. Parsons (6-3, 245 pounds) had 109 total tackles including 5 sacks last season for the Nittany Lions.

The Falcons took a shot at upgrading left guard in the 2020 draft with Matt Hennessey, but interior line is also a high priority next year, given center Alex Mack will turn 34 later this year and becomes a free agent in 2021. Humphrey (6-4, 312 pounds) is a good hand fighter who has great athleticism for the position to fit nicely in their zone blocking scheme.

The Jaguars strongly consider linebacker, edge rusher and secondary in the 2020 draft, so it follows they would be more into this defensive position in 2021, looking to give third-round rookie Davon Hamilton a strong complement. Look for Ray to dominate during his final season with the Crimson Tide at 6-5, 292 pounds.

The Browns did their best to replace Joe Schobert and Christian Kirksey on the second level, but with other positions taking precedence this year before a flyer on Jacob Phillips, they should be in the market for an active, rangy playmaker next year. Moses probably goes in this year's first round without the knee injury that wiped out his entire 2019 season in Tuscaloosa. Two seasons ago, he posted 86 tackles with 3.5 sacks.

The Bears got their short-term replacement for retired Kyle Long by signing Germain Ifedi to a one-year deal, but Smith has many of the same qualities at 6-6, 325 pounds, to be a long-term solution.

Would the Titans let Derrick Henry walk as a free agent after franchise-tagging him to return this season? That possibility exists until there's a long-term extension in place. For now, that means Hubbard (6-1, 207 pounds) is a good early-down option. Hubbard chose to return to school after posting 2,094 rushing yards and 21 TDs. The Titans could move on well with a committee of Hubbard and rookie Darrynton Evans.

The Vikings should be looking for pass-rushing help opposite Danielle Hunter with Everson Griffen gone. Landing a more situational type in the 2020 draft, Roche can give them a better every-down player. The 6-4, 235-pound transfer had 13 sacks in his final season at Temple.

The Cowboys tabled safety in the short term with Ha-Ha Clinton-Dix replacing Jeff Heath, but Xavier Woods is a free agent in 2021. LeCounte (5-11, 190 pounds) is a strong cover man who had 4 interceptions last season.

There's a feeling the Steelers may not re-sign JuJu Smith-Schuster, who's in the final year of his rookie contract. Should that scenario develop, they can go after Waddle (5-10, 182 pounds), who should produce a lot more big plays from 33 catches, 560 yards and 6 TDs with Jerry Jeudy and Henry Ruggs III gone to the NFL.

The Packers may not be able to re-sign Kenny Clark, who becomes a free agent in 2021 and need some more pop for Mike Pettine's three-man front regardlessl Tufele (6-3, 305 pounds) posted 4.5 sacks for the Trojans last season.

The Colts will need to address cornerback early next year after not doing so in 2020. Mukuamu offers a huge frame (6-4, 205 pounds) and had 4 interceptions for the Gamecocks last season.

The Seahawks addressed the pass rush in the 2020 draft as expected (Darrell Taylor) with Jadeveon Clowney and Ezekiel Ansah not re-signing, but they should still be in the market for someone else to get to the quarterback but also has some second-level versatility. They can stay in Seattle for Tryon (6-5, 262 pounds), a rising explosive athlete who had 8 sacks last season.

The versatile run blocker Mays (6-6, 318 pounds), a Georgia transfer, would be much more appealing solution at right guard over Jon Feliciano (free agent in 2021 and Spencer Long (club option in 2021).

The Eagles have five cornerbacks set to become unrestricted free agents next year. Campbell (6-2, 185 pounds) is another nice-sized cover man from the SEC East who can help replace them to support Darius Slay.

The Patriots brought back Joe Thuney on the franchise tag but they might not re-sign him long-term. They can simply roll with this promising Tide run-blocking prospect as Brown is a sturdy 6-4, 338 pounds.

The Bucs went with more of a power back type to pair with Ronald Jones in third-round rookie Ke'Shawn Vaughn but should be in the market for a more dynamic complement to Vaught who can replace Jones to be a real force in the passing game. Etienne (5-10, 210 pounds) is returning to school to build on his 2,046 scrimmage yards and 23 touchdowns as a open-field home-run hitter.

The Saints don't have any more 2020 draft picks with which to address QB behind Drew Brees but can't be totally sold on Taysom Hill as a regular future franchise passer. Newman (6-4, 230 pounds), the dual-threat transfer from Wake Forest, could enjoy the same prospect rise as Burrow and Jordan Love with his ideal frame, big arm and athleticism. He may follow former Bulldog Fields right into first-round consideration.

The Ravens have loaded themselves more at running back and wide receiver in the 2020 draft, but they could use an upgrade to pair with Mark Andrews at tight end. Jordan, a terrific blocker, is still coming into his own as a receiver for the Hurricanes at 6-3, 245 pounds, but he is set up to channel the program's strong positional tradition.

Richard Sherman, K'Waun Williams and Ahkello Witherspoon all are set to become unrestricted free agents in 2021. The Niners can turn to Sherman's old program to get Adebo, who at 6-1, 184 pounds, offers great ball skills and instincts to develop into a shutdown player. He has 8 interceptions in only 22 college games.

Smith and Waddle will be next year's Jeudy and Ruggs in the first round. The Chiefs will be looking for wideout help to support Tyreek Hill and Mecole Hardman for Patrick Mahomes with Sammy Watkins and DeMarcus Robinson in contract years. Smith (6-1, 175 pounds) posted 68 catches for 1,256 yards and 14 TDs last season, making his big share of big plays all over the field in a loaded receiving corps. 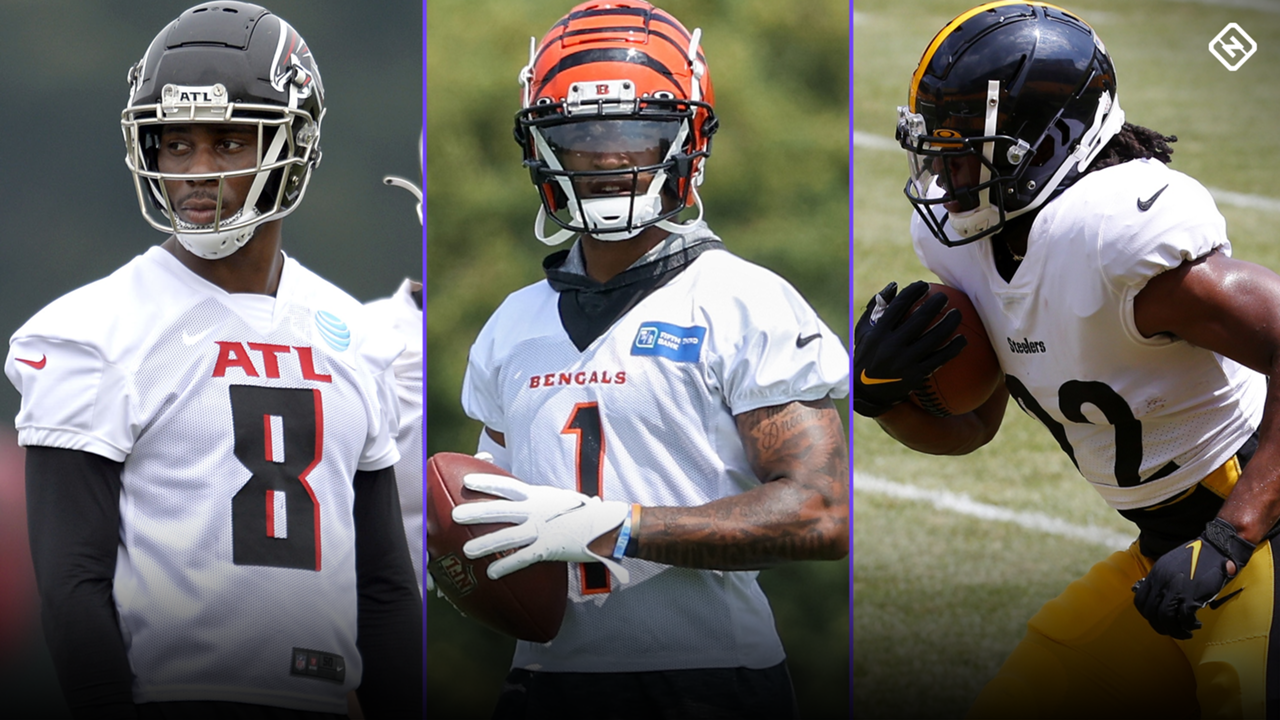 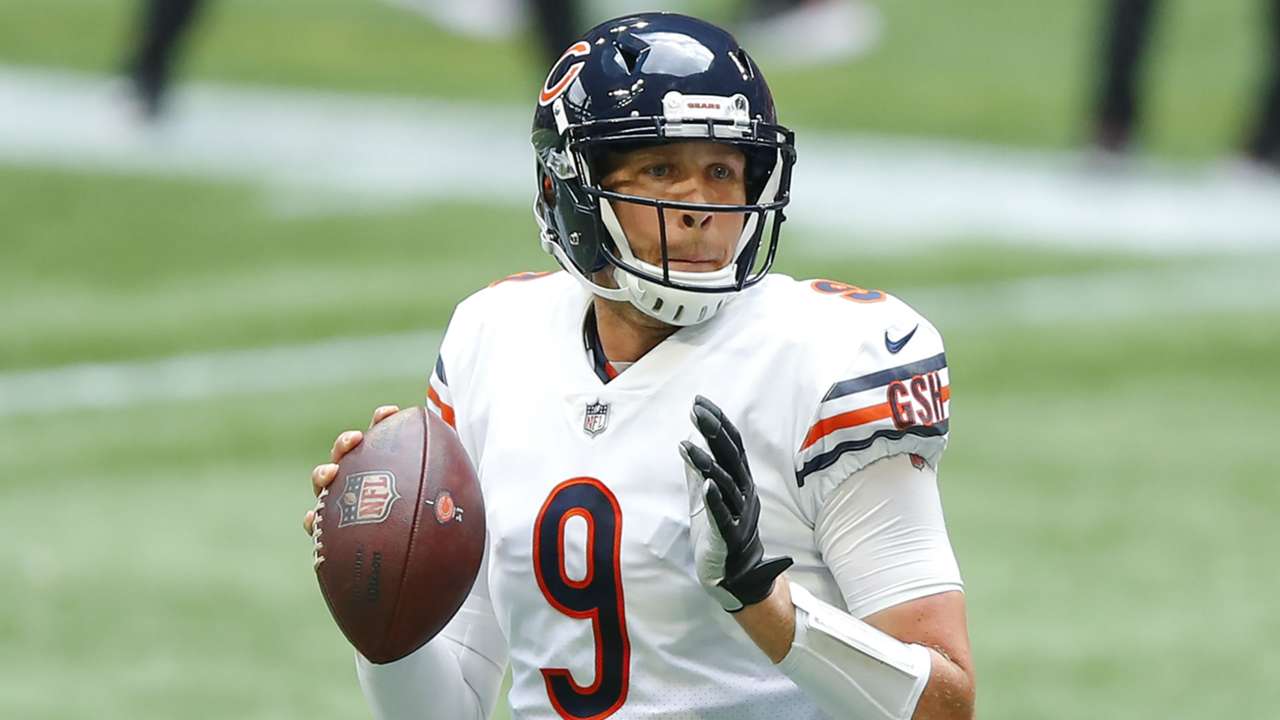