Dale Earnhardt Jr. finally proves to be an elite driver

When he got off to a fast start, winning two Busch Series titles in the late-90s and two Cup races as a rookie, it was because he was Earnhardt’s boy and, of course, he had the best of everything.

MORE: Chase standings breakdown | Earnhardt not looking back | Would fans back Newman as champ?

When he kept on winning and had a breakout season in 2004 with a career-high six victories, it was because Dale Earnhardt Inc. had an advantage. Remember how he used to dominate Talladega? DEI.

When he began to struggle, the skeptics and doubters came out of the woodworks.

As the wins faded and a long winless streak ensued, it was because Earnhardt Jr. suddenly didn’t care. It wasn’t fun anymore, and he wasn’t as committed and as dedicated as his daddy. Winning just didn’t mean that much to him.

As the struggles continued and a new winless streak set in at Hendrick Motorsports, critics said it was because he didn’t have the drive and determination and focus to be as good as teammates Jeff Gordon and Jimmie Johnson. 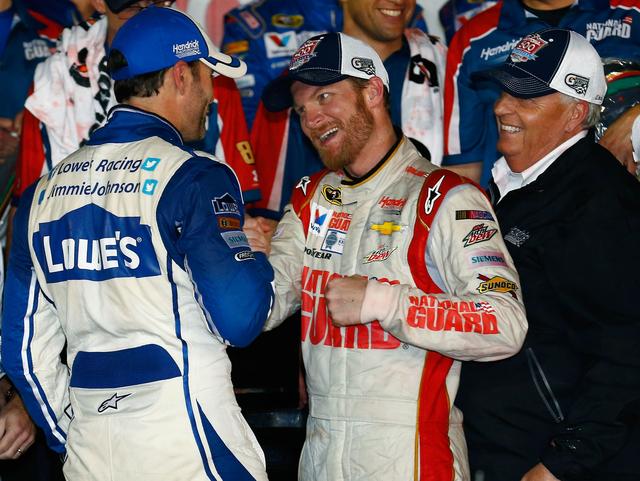 Even when he did win, his detractors always had some excuse that discredited his driving skill.

When he won at Michigan in 2008, his first victory with Hendrick, it was because of fuel mileage. When he won there again in 2012, he had a dominant car. Those back-to-back wins at Pocono this year? Circumstances and pit strategy.

And all those restrictor-plate wins and his two Daytona 500 victories?

Well, you know anybody can win at Daytona and Talladega. Michael Waltrip proved that, as did Trevor Bayne and David Ragan and countless other underdogs over the years.

No matter when and where Earnhardt has won, he has never quite gotten the credit for his driving talent, for winning because he simply outdrove everyone else, or because he was simply better than everyone else.

Maybe Sunday’s victory at Martinsville Speedway finally will quiet all those critics and change that. It should.

His victory at Martinsville — a track he desperately wanted to win at — was one of the most impressive of Earnhardt’s career, right up there with his 2004 win at Bristol and two career triumphs at Richmond.

Everyone in the sport knows that the short tracks are harder to win at than other tracks. It’s where the biggest stars shine and the very best rise to the top.

There are few upsets on NASCAR’s three short tracks, especially at Martinsville. Check the record book at Martinsville and it is highlighted by a Who’s Who of NASCAR legends — Petty, Waltrip, Gordon, Johnson, Wallace and Earnhardt Sr.

Drivers like Geoff Bodine, Harry Gant, Ricky Rudd, Tony Stewart and Denny Hamlin have multiple wins there because they were, or are, really good drivers and elite short-track racers. 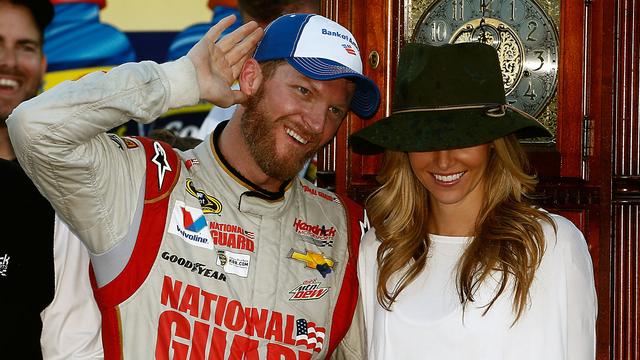 Hendrick Motorsports has dominated Martinsville over the years, winning 22 races there, three more than legendary Petty Enterprises. Critics will use that dominance as an excuse for why Earnhardt Jr. suddenly won. But Hendrick’s wins have come with such star drivers as Bodine, Darrell Waltrip, Gordon and Johnson. Now you can add the name Dale Earnhardt Jr.

He didn’t win the race because he had a dominant car or because he had new tires — others did too — or because of circumstances or strategy. He outdrove some of the best drivers in the sport in a pressure situation to win a big short-track race during the Chase — at a track where only the very best typically win. And he finally proved that he can be an aggressive and physical driver when he needs to be.

That type of performance is what makes Earnhardt an elite driver, no matter what his critics and doubters say.

Even elite drivers, of course, have to have a fast car, a good team and all the ingredients to win. Gordon, Waltrip, Wallace and even Earnhardt Sr. have been examples of that over the years, falling short or struggling when all the pieces weren’t in place.

Earnhardt Jr. has had everything he needs this season and it has paid off with four wins — his most since 2004. He has proven that, at age 40, he can drive with the best and is truly one of the sport’s elite drivers.

His Martinsville victory was a shining example of that.