Fiesta Bowl: Say goodbye to all the Tostitos

Well, scoop those Tostitos out of the Fiesta Bowl.

Frito-Lay, which makes the snack chip, announced Monday that it is ending its 18-year partnership with the major college football bowl game in Glendale, Ariz.

"We've recently made the decision to end our relationship with the Fiesta Bowl following the completion of our most recent contract, which ended after the 2014 bowl games," Frito-Lay spokesman Chris Kuechenmeister said in a statement obtained by the Arizona Republic. "This decision was difficult and came after extensive evaluation and consideration. However, at this point we believe the most strategic approach for the Tostitos brand is to steer its marketing and growth strategies differently."

SportsBusiness Journal reported that Frito-Lay has informed ESPN, which holds the rights to the game, that it would not renew its agreement. SBJ speculated that Frito-Lay may have balked at a sizeable increase in rights fees for the game, which is part of the new College Football Playoff. Per the Journal:

Title sponsorship deals in the old BCS annually ran in the $15 million to $20 million range. Sources say that CFP title sponsorships are closer to $25 million a year, and ESPN is seeking six-year commitments.

Fiesta Bowl officials could not be reached for comment, according to the Republic.

The Journal also reported that Discover is ending its relationship with the Orange Bowl in South Florida and that Capital One is close to becoming the game's title sponsor. Capital One has been sponsoring a New Year's Day game in Orlando. 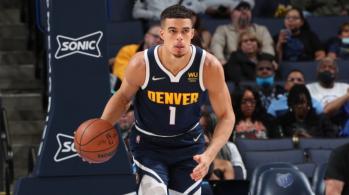