LAS VEGAS – The Cowboys are favored by 9.5-points at home tonight on ESPN’s Monday Night Football against the Redskins, which matches the largest spread between these two rivals over their past nine meetings.

Despite the Redskins covering seven of the last eight meetings, bettors are siding with the red-hot Cowboys running game laying the points at a 4-to-1 ratio at William Hill sports books. Needless to say, the books will be rooting for Colt McCoy to continue Washington’s trend, and in some cases not just covering the number, but winning straight-up.

“We basically need the Redskins to win outright to have chance at winning for the night, and I’m not feeling too good about my chances,” said Aliante sports book director Marc Nelson.

“The Redskins covering at all would be great, but we’re in a spot where we’ve got a lot of carryover risk from Saturday and Sunday where none of the big money-line teams lost and many of them also covered on teasers, so all of that is tied into the Cowboys. We could still win a little if the Cowboys win by less than three. Overall, we had a good day yesterday so there isn’t much parlay build-up leftover, it’s just the money-lines and teasers that are still live and making an impact today.”

The South Point sports book was long on the Dallas side laying -9 and 9.5, so they offered +10 to see if they could create some action on the other side.

“We just wanted to dip our foot in the water and see if we could get some Redskins money, and sure enough there was,” said South Point’s Jimmy Vaccaro. “We took a bunch of money there and went back to -9.5, so now we’re pretty balanced.”

With a couple hours until kickoff and all the late local bets coming in with the popular Cowboys to OVER (49.5) parlay combination, it’s likely that we might see a few books try to give some of that +10 on Washington a chance to balance things out. If wanting to bet Washington, wait it out.

Every Las Vegas book is dealing -9.5 with the exception of the Straosphere, which is at +10 (-115). The total ranges from a low of 48.5 at Wynn Las Vegas up to 50 at Coasts and Stations, which are two of the more popular local joints with heavy Monday night parlay action always featuring favored side to the OVER.

“Not too much difference with our total either way it comes,” said Nelson, who is at 49.5. “But our preference is always to the UNDER in any Monday night game.”

More on tonight's game: Who do we like? | Props 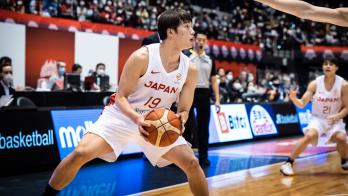