All NBA uniforms will look different for the 2014-15 season — a now-subtle but potentially drastic difference.

The red, white and blue league logo that's been used since 1969 no longer will be displayed on the front, upper-chest area of jerseys. Instead the shield will appear on the back, above the player's name, according to an ESPN.com report. 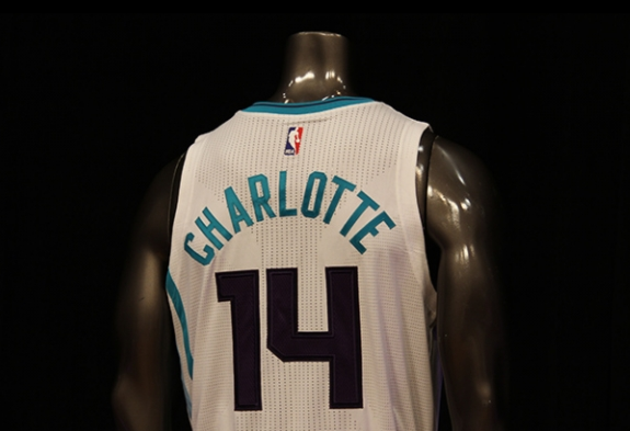 The modification became apparent Thursday when the Hornets unveiled their uniforms. All NBA teams will match the NBA logo on the back of Charlotte's jerseys next season and moving forward.

The minor "stylistic move," as the league called it, could be a big deal considering what the now-free space on the upper chest may be filled with — an advertisement. The NBA has long been rumored to be interested in sponsored jerseys, and new commissioner Adam Silver hasn't done anything to dispel the idea.

"We’re not close at the moment to including sponsors on the jerseys. ... I believe it will ultimately happen in the NBA," Silver said in February.

The move is an inconvenience for 18 of the league's 30 teams that currently display its own logo above the player's name. Those teams must replace their logos with the NBA's, according to the report.

How long is Kawhi Leonard out? Injury timeline, return date, latest updates on Clippers star
How long will Clippers be without Kawhi Leonard?
Los Angeles Clippers 11h ago
More