Not only are you staring at a win-or-walk moment at Michigan, there’s this tough — and oddly intriguing — non-conference schedule that won’t make it any easier.

It just so happens that the Wolverines, desperate for a bounce back season under Hoke, play three non-conference games against teams it lost to over the last seven seasons: Appalachian State (2007), Utah (2008) and Notre Dame (2008, 2012).

Though there are far more intriguing games from an individual standpoint (LSU vs. Wisconsin, Michigan State at Oregon, Miami at Nebraska), none are tougher as a group.

From first to worst

MORE: Looking ahead to the Appalachian State at Michigan rematch 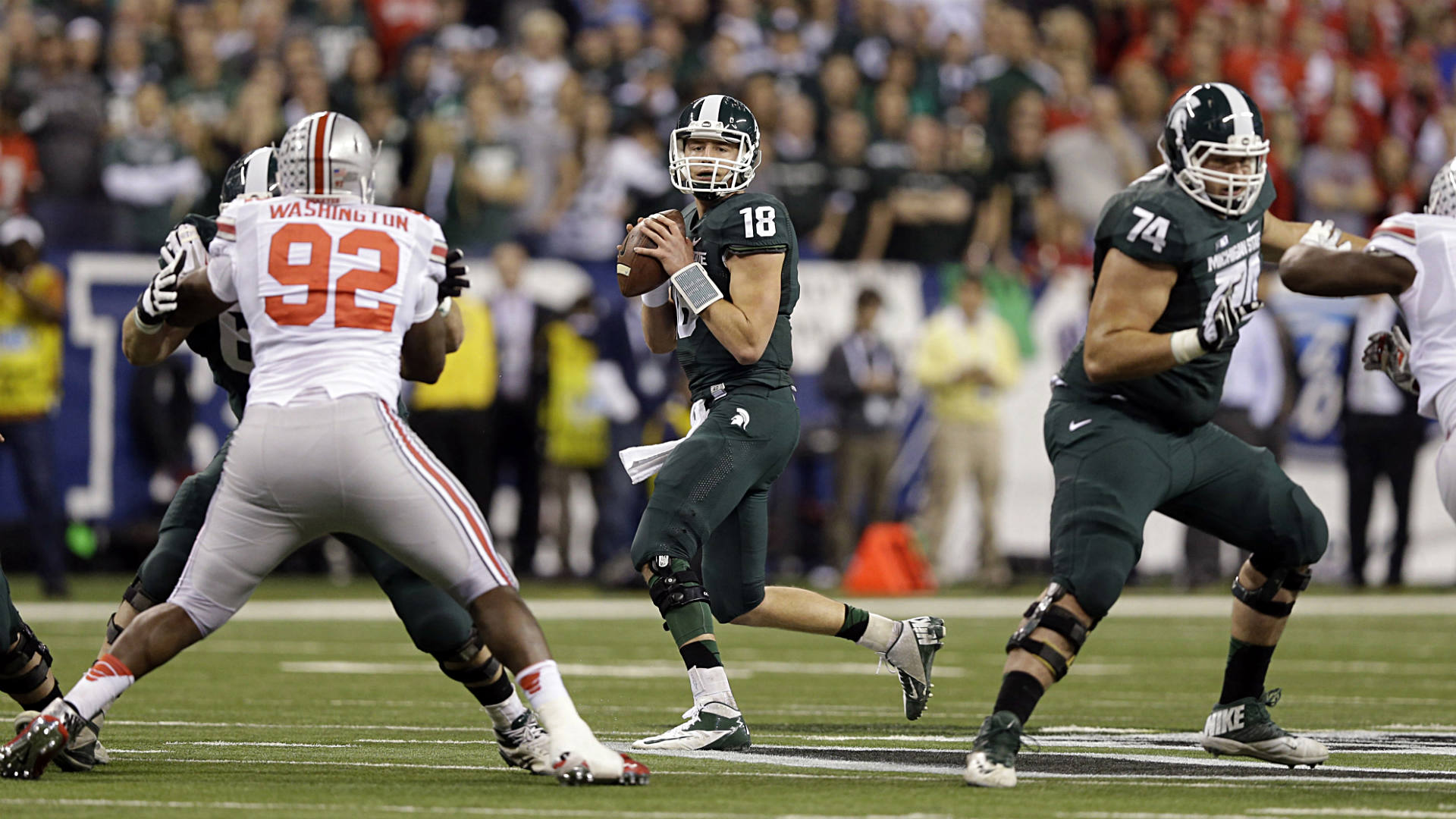 Connor Cook at the Spartans travel to Oregon. (AP Photo)

— Give Michigan State a ton of credit for traveling to Eugene to play Oregon. Despite what you may think about Oregon and non-conference games, the Big Ten hasn’t wilted at Autzen Stadium like some have (hello, Mississippi State, Tennessee). Since 2000, Oregon is 3-1 vs. Big Ten teams in Eugene, including a 30-24 loss to Indiana in 2004. Wisconsin (31-28, 2001), Michigan (31-27, 2003) and Purdue (38-36, 2009) have lost at Oregon by a combined nine points. If that doesn’t make Michigan State fans feel better about that long trip to the Northwest, look at the bright side: the Ducks game is sandwiched around games against FCS Jacksonville State and Eastern Michigan.

— As much as it looks like this will be the year Bo Pelini gets off the four-loss train at Nebraska — the schedule sets up for it — don’t be so quick to look past two key non-con games: at Fresno State and home against Miami in back-to-back weeks in mid-September. Win those two games, and Pelini and the Huskers would have to nosedive to find four losses for the seventh straight season. Nebraska likely has two games all season where it won’t be favored (at Michigan State, at Wisconsin), and both are winnable.

— We’re two conferences into our annual rankings, and we’re already seeing a significant trend: both the Big Ten and the ACC play 70 percent of their non-conference games against non-Power 5 teams. With Power 5 autonomy inevitable — and those who can’t keep up financially falling away — the days of playing shaky non-conference schedules won’t be around much longer. The Big Ten and ACC — and the three other Power 5 conferences — simply won’t be able to sell these games to a public that can sit home and watch garbage games on television.

— As big as Michigan State’s game at Oregon is, there’s not a more important game for Big Ten perception than Wisconsin’s season opener against LSU. No matter what the Big Ten has accomplished against the SEC in bowl games between the leagues, nothing makes a bigger impact than a regular season victory. The last time the two power leagues went head-to-head in a major game to begin the season, Alabama destroyed Michigan. Wisconsin won’t get physically pushed around like Michigan did two years ago (when Brady Hoke gave up early on and refused to run QB Denard Robinson). The key question: can Wisconsin get enough from a rebuilt defense to force inexperienced LSU quarterbacks into game-turning mistakes?