A weekly breakdown of the games that will shape the path to the College Football Playoff:

UCLA and Texas meet in Cowboys Stadium in Week 3, and the winner can add big expectations for the rest of the season.

It's a chance for Brett Hundley to become the early frontrunner for the Heisman Trophy, and a chance for first-year Texas coach Charlie Strong to make his first emphatic national statement.

Still not sold? Play-by-play announcer Gus Johnson likely will be on the call for Fox.

Yeah, it's gonna be big.

FROM THE PRESS BOX

Fox analyst Charles Davis will be in the booth with Johnson. His thoughts on UCLA-Texas:

"To me it's bigger for UCLA because UCLA has designs on breaking through. They've done such a great job putting together things under Jim Mora, but they haven't gotten over the hump. They've been so close. To them, this year with Brett Hundley coming back, so much talent coming back and a full system with Jim Mora Jr., they have designs on something bigger like a Pac-12 title. They fully believe they're going to be in the Final Four."

"Charlie Strong is not going to lead the team on any field where he doesn't expect to win. I think he'd slug me if he heard me say he gets a ‘hall pass’ for this game, but who is going to play quarterback for him? We're in a time where it's never been as quarterback centric as it is. Every time you say the name David Ash, we're saying 'We hope it's David Ash.' I'm not trying to be too critical, but he hasn't had the best of luck."

Georgia-South Carolina kicks off the SEC on CBS series at 3:30 p.m., which offers the first chance to hear the best theme song in college football. The Bulldogs won a 41-30 shootout last season.

The Gamecocks, meanwhile, have the longest home-winning streak among Power 5 schools: 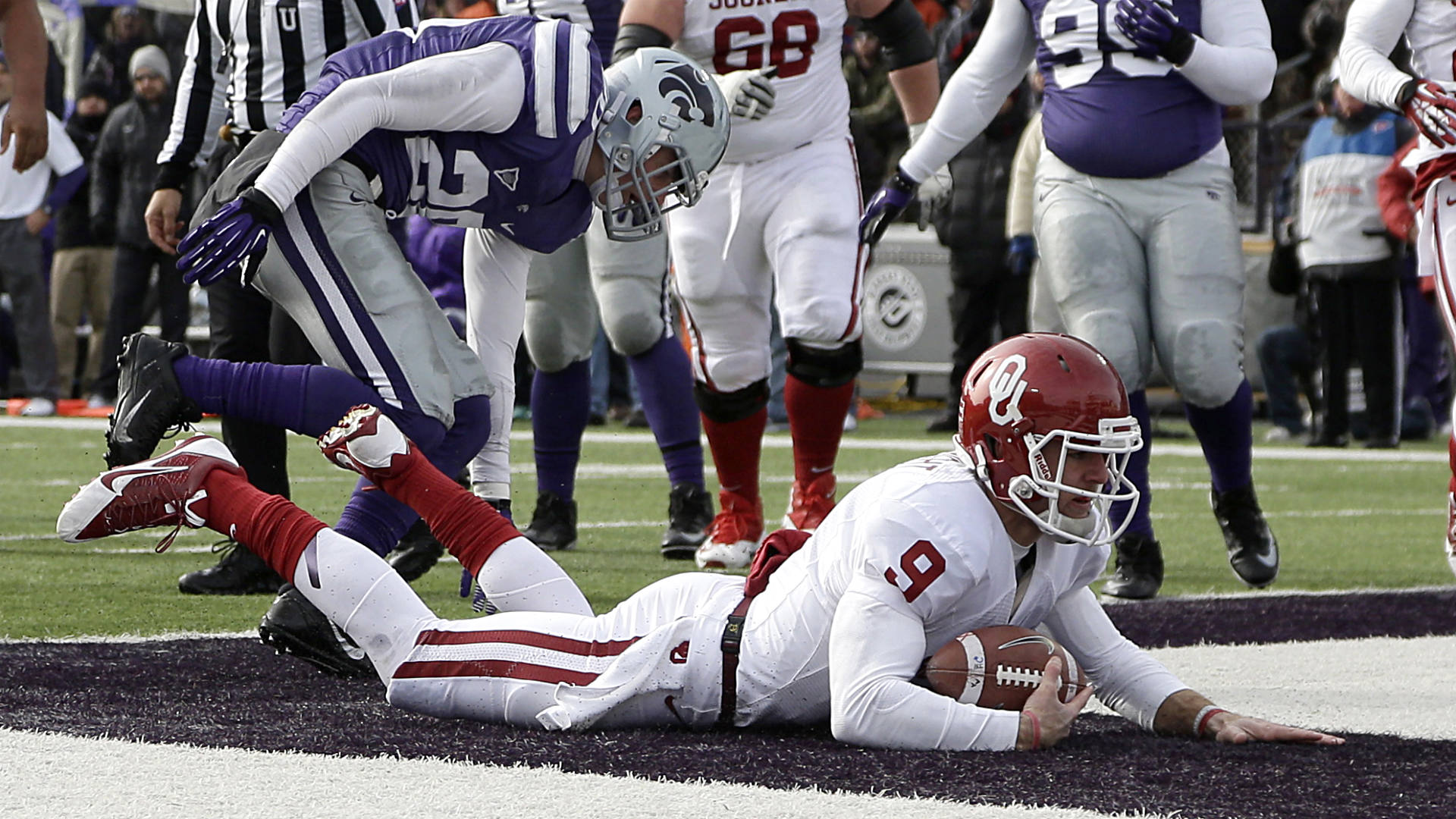 Trevor Knight and the Sooners are SN's preseason No. 1 picks. (AP Photo)

Tennessee at Oklahoma: The Vols and Sooners have met only twice, the last meeting in the 1968 Sugar Bowl which Oklahoma won 26-24. Bob Stoops is 4-4 against the SEC, but the home-field advantage makes a difference.

Arkansas at Texas Tech: Contrasting coaching styles collide with Bret Bielema and Kliff Kingsbury. These schools haven't played since 1991, when both were members of the Southwest Conference.

Purdue vs. Notre Dame (Indianapolis): The Irish have won six in a row against the Boilermakers, and the average margin of victory is 11.5 points. Moving the game to Lucas Oil Stadium adds a dash of much-needed spice.

The Scarlet Knights welcome Penn State in their first Big Ten conference game at 8 p.m. on Big Ten Network. The schools haven't met since 1995, a 59-34 Nittany Lions' win that ended with a fishy late-TD pass by Mike McQueary and an altercation between former coaches Joe Paterno and Doug Graber at midfield. Rutgers hasn't beaten Penn State since 1951.

Check out Linemakers' David Purdum's story on that 1995 Penn State-Rutgers game, which certainly had an impact in Las Vegas.

Steve Spurrier might be one of the most-hated men in the state of Georgia, and with good reason. He's 15-6 against the Bulldogs as a head coach.

Group of 5 bowl implications are on the line when Toledo travels to Cincinnati on Friday night at 7 p.m. on ESPNU, which is up against the Baylor-Buffalo game on ESPN. The Rockets upset the Bearcats 29-23 in 2012 without scoring an offensive touchdown. ... Stay up late Saturday for Nebraska at Fresno State, which kicks off at 10:30 p.m.