The final week of the NFL season has delivered on the hype.

Week 18 was filled with drama, with several games going to overtime and a number of stunning upsets shaking up the playoff field. The Colts needed only to beat the Jaguars to play for a Super Bowl, but were blown out on the road, opening the path for the Steelers, who beat the Ravens in overtime to keep their playoff hopes alive.

The Patriots entered the week with a chance to win the AFC East, but were instead bested in the final game by the Dolphins.

Arizona also had a chance at claiming the NFC West title, but despite the Rams falling to the 49ers in overtime, the Cardinals lost to Seattle, keeping them in the wild card. Instead, the two NFC West foes will face off in a third matchup in the playoffs as No. 4 vs. No. 5 seeds.

On "Sunday Night Football," the Raiders survived a thrilling clash of AFC West foes by beating the Chargers to advance to the playoffs for only the second time since losing the Super Bowl in 2002, kicking a last second field goal to avoid a tie and end Los Angeles' season.

Sporting News broke down the 2022 NFL playoff field, including the playoff bracket, full seeding and information on each of the matchups in the playoffs.

The NFL playoff field was largely locked up in the NFC heading into Sunday's slate of games with only one spot open. In the AFC, there were two open playoff spots remaining, but coming into the weekend, the seeding of the AFC side was almost totally wide open.

Below is the NFL playoff field for 2022:

The Titans received a scare against the Texans on Sunday as Houston scored 25 unanswered points, but Tennessee held on for the 28-25 win to maintain its hold on the No. 1 spot in the AFC. Now, the Titans get to rest a week and have the return of Derrick Henry to look forward to after the first-round bye.

Pittsburgh has likely never been happier by a Raiders' field goal. Daniel Carlson's field goal at the last second allowed Pittsburgh into the playoffs. The Steelers won earlier in the day with Ben Roethlisberger carrying the team to a fourth-quarter and overtime comeback against the Ravens. The reward? Facing the Chiefs, a team that beat the Steelers 36-10 in Week 16. No team in the playoffs scored fewer points or totalled more yards than the Steelers, while the Chiefs ranked in the top-four in both categories. However, Pittsburgh's defense has been one of the best this season at defending against the pass, however, ranking in the top 10 in fewest passing yards allowed.

The battle for the AFC East came all the way down to the final week, with the Bills needing to beat the Jets in order to secure its second division title in as many years. In the first round of the playoffs, the two division rivals will face off with their playoff lives on the line. The Patriots won the first matchup against Buffalo, edging out the Bills in a snowy 14-10 win in Buffalo. But the Bills had their revenge in Foxborough, beating New England 33-21 in Week 16. The two teams were both among the league's top defenses, each ranking in the top three in both yards allowed and total points allowed.

The Bengals are in the playoffs for the first time since 2015, while the Raiders return for the first time since 2016. The two teams were both high-powered offenses that leaned on the passing games of their quarterbacks, Joe Burrow and Derek Carr, and they figure to deliver a high-octane matchup in the first round of the playoffs. The two squared off in Week 11, with Burrow and the Bengals getting the better of Las Vegas in a 32-13 win.

The Packers locked up the No. 1 seed in Week 17 after they beat the Vikings to move to 13-3, leaving their Week 18 matchup against the Lions as a week for resting and tuning up in what was ultimately a losing effort. They'll now wait to see who they face in the divisional round at Lambeau Field two weeks from now.

The last time Tom Brady faced the Eagles in the playoffs, Nick Foles led Philadelphia to a miraculous 41-33 win against the Patriots for the first Super Bowl win in franchise history. Now with the Buccaneers, Brady will hope to lead Tampa Bay past Philadelphia and Jalen Hurts in the first round of the playoffs. No team rushed for more yards than Philadelphia in 2021, while the Buccaneers led the league in passing yards.

Dak Prescott and the Cowboys' offense dropped 51 points on the Eagles in the season finale as they ended the season as the league's highest scoring team. But the 49ers are flying high after a dramatic overtime win against the Rams as Jimmy Garoppolo and San Francisco outscored Los Angeles 24-7 in the final two quarters and overtime.

The Rams and Cardinals fought until the final week of the season to determine the NFC West champion, and it was the Rams that held on at the end. Arizona won the first meeting between the two teams, blowing out Los Angeles 37-20 in L.A. in Week 4, but the Rams avenged the loss with a 30-23 win in Glendale, Arizona, in Week 14. 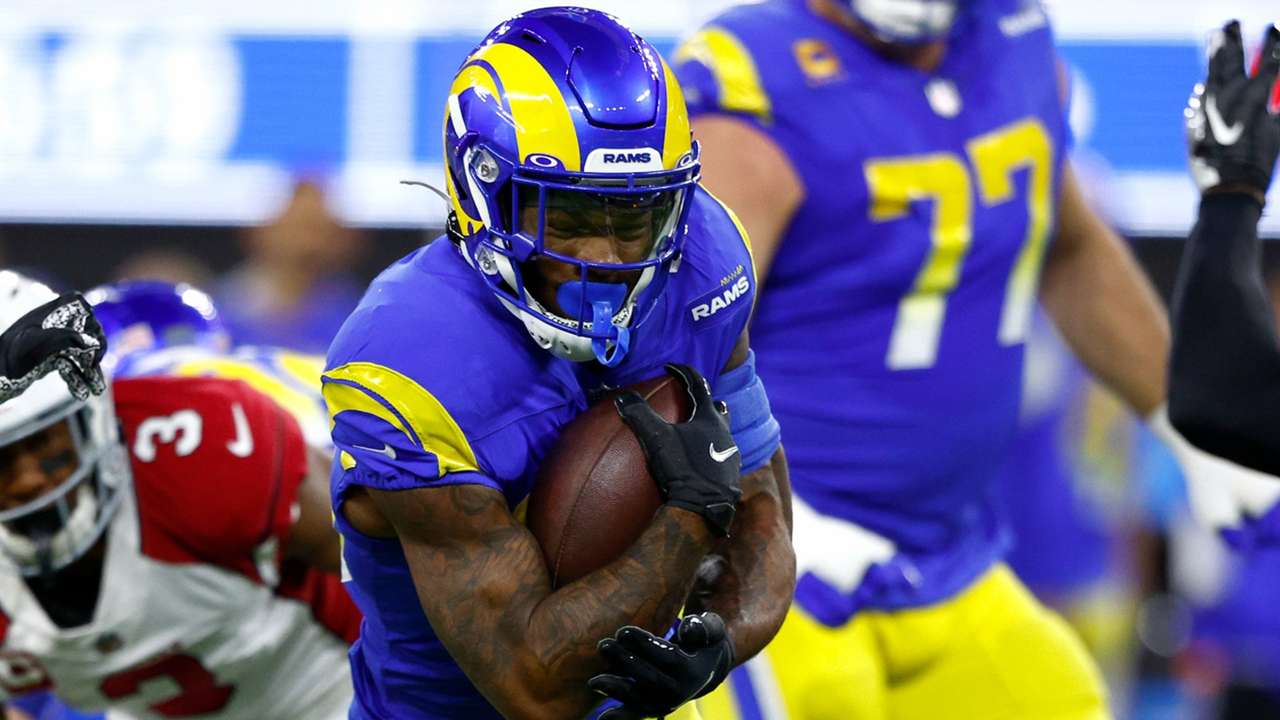 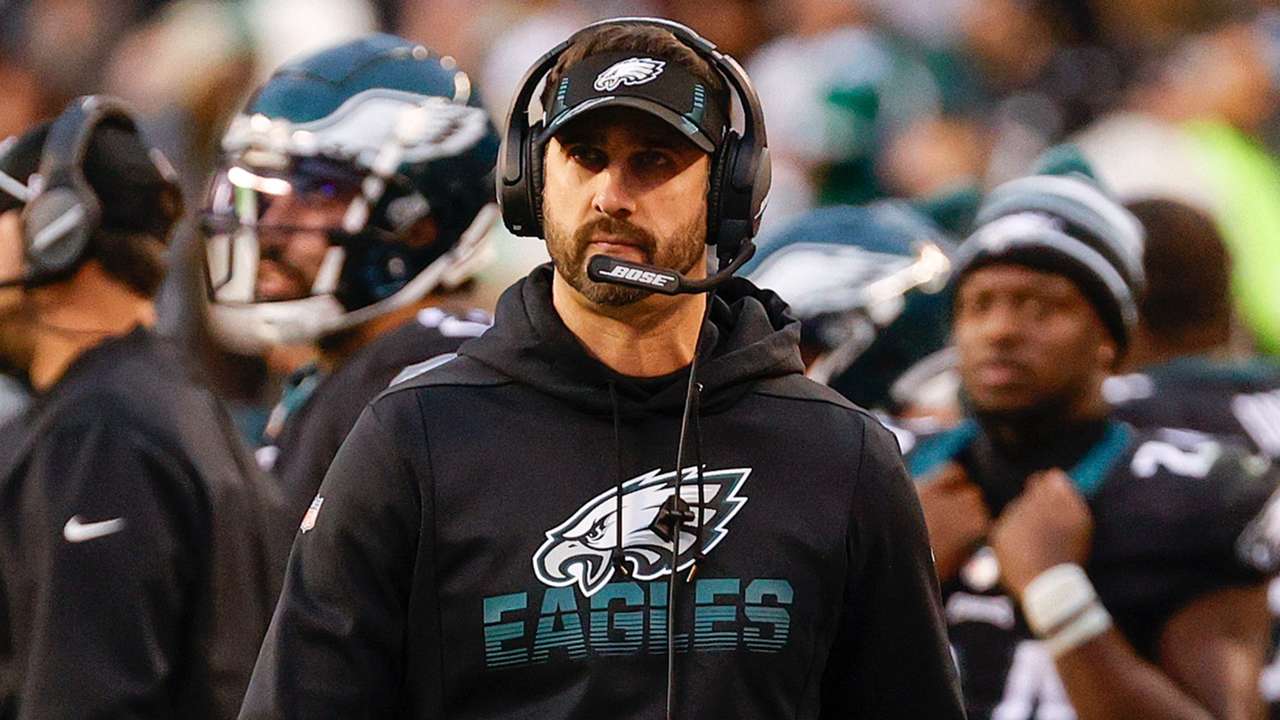 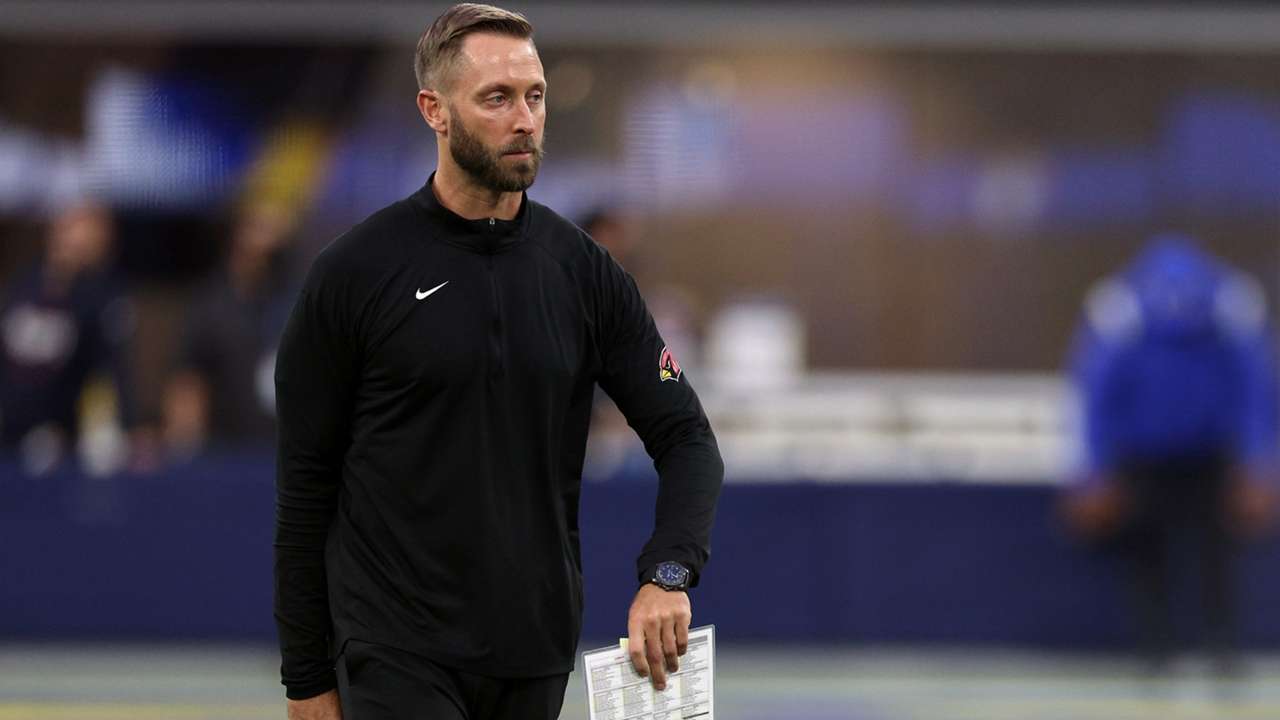